NANOS Members in the News 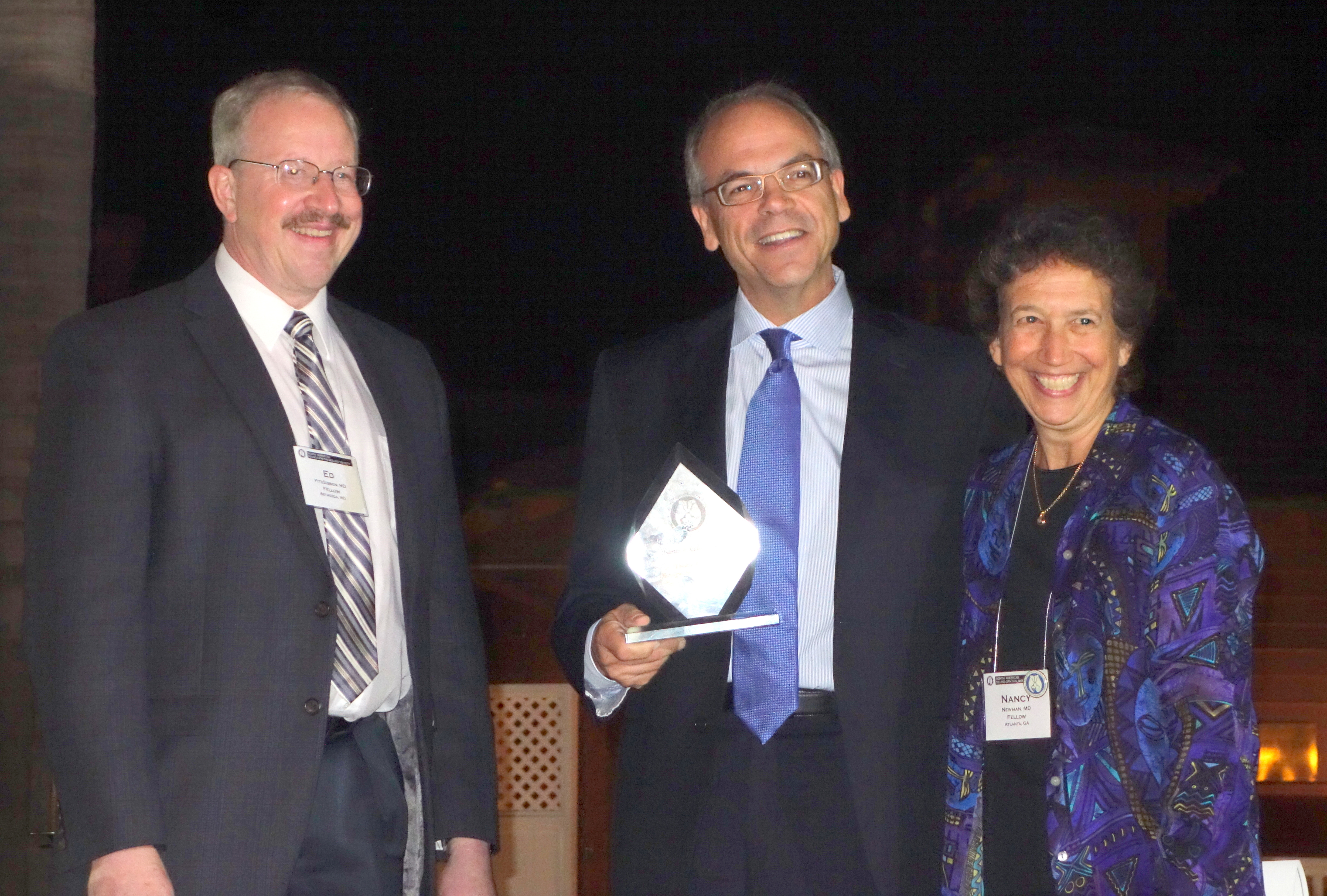 NANOS honors Dr. Preston Calvert with the Tom Carlow Distinguished service award.  Dr. Calvert has chaired several committees, served on the board and as secretary, vice president, president elect, president and board chair.  His most notable contributions  include starting the NANOSnet listserve and the NANOSweb web site and continuing to shepherd them as moderator.  He has been an advocate for NANOS in Washington and added NANOS to the Cognitive Specialties Coalition in order to promote their common interests in Congress.  His wife, Meg Calvert-Guerin also deserves recognition, not only for supporting Preston in his endeavors, but also for lending the NANOS board her health economics expertise in looking at Medicare data.
Dr. Calvert attended Brown University majoring in biology and Brown Medical school.  He did his neurology training at Walter Reed Medical Center and a fellowship in neuro-ophthalmology with Neil Miller.  He then settled in the DC area to practice neuro-ophthalmology.  He also worked in the neurology department of Johns Hopkins for 2 years and continues as an assistant professor on their staff.  Dr. Calvert serves on the board of Brown Medical School and has been board president.  Brown honored him to serve as grand marshal in the Brown Medical School commencement exercises in 2009.  In recent years he has enjoyed racing cars and has made it to the winner's circle on more than one occasion.