What is a Homonymous Hemianopia?

Homonymous hemianopia refers to an absence of vision towards one side of the visual world in each eye. The damage that caused this problem is in the brain and not in the eyes.

What is the anatomy of the visual pathway?

What may be the symptoms of a homonymous hemianopia? 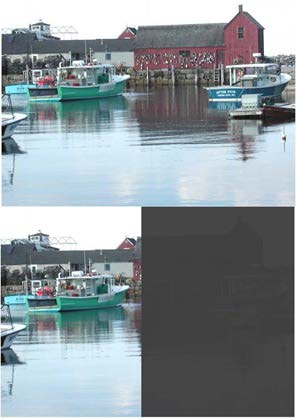 Figure 1. Top picture: Scene as observed by
individuals without a homonymous hemianopia.

Bottom picture: Scene as observed by individuals
with a homonymous hemianopia.

Clearly something was wrong with him. There was
a peculiar cleverness in Crawford, aside from his
intelligence, and Starling had first noticed it in his color
sense and the textures of his clothing, even within the
FBI-clone standards of agent dress. Now he was neat
but drab, as though he were molting.

Clearly something was
a peculiar cleverness in
intelligence, and Starlin
sense and the textures
FBI-clone standards of
but drab, as though he

How is a homonymous hemianopia diagnosed? 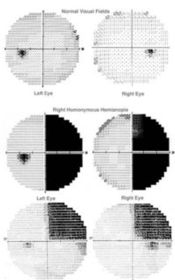 How is a homonymous hemianopia treated?

What is my prognosis?

Will my vision improve if I had a stroke?

Will I be able to drive?

This information was developed collaboratively by the Patient Information Committee of the North American Neuro-Ophthalmology Society. This has been written by neuro-ophthalmologists and has been edited, updated, and peer-reviewed by multiple neuro-ophthalmologists. The views expressed in this brochure are of the contributors and not their employers or other organizations. Please note we have made every effort to ensure the content of this is correct at time of publication, but remember that information about the condition and drugs may change. Major revisions are performed on a periodic basis.

This information is produced and made available “as is” without warranty and for informational and educational purposes only and do not constitute, and should not be used as a substitute for, medical advice, diagnosis, or treatment. Patients and other members of the general public should always seek the advice of a physician or other qualified healthcare professional regarding personal health or medical conditions.